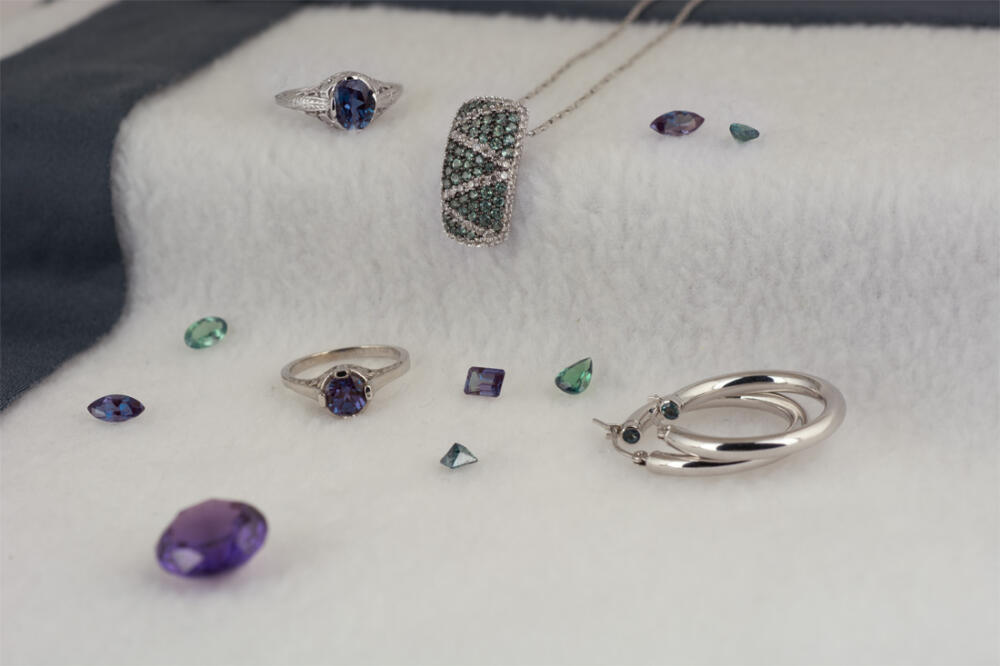 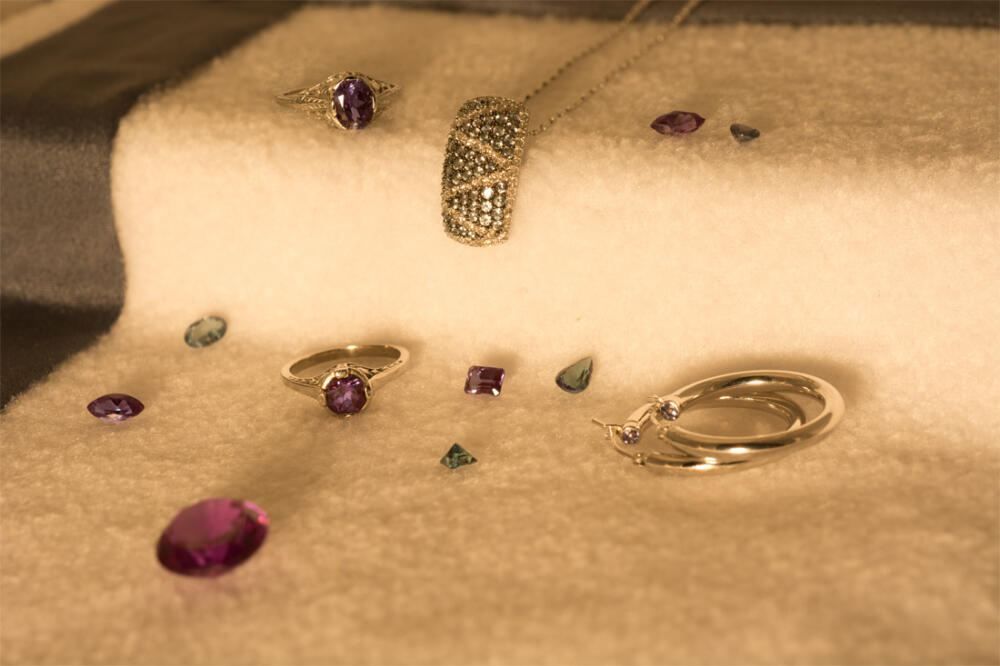 Emerald by day, ruby by night, more expensive than diamond and more illustrious than sapphire, emerald, or even ruby, alexandrite has been known around the world as one of the most sought-after gems for the better part of 200 years. But, what makes this stone so special?

Alexandrite is the extremely rare, color-change variety of a gem species called Chrysoberyl. It appears bluish-green in daylight, fluorescent light, and some LED light. Under incandescent light, candle, and firelight, alexandrite appears purplish-red. This is because of how the trace element chromium interacts with alexandrite’s crystal structure. It absorbs most wavelengths of light very well, only transmitting green and red light. This means that depending on the light source the stone will reflect more of the accent colors of light. Since fluorescent light has a stronger greenish-blue component, the stone appears greener. Under candlelight, which has a much stronger red/orange component, the stone will appear redder.

Alexandrite has a refractive index of 1.746-1.755 with an average birefringence of .010. It has a specific gravity of 3.73 and a Mohs hardness of 8.5. Because of its high hardness, alexandrite is suitable for everyday wear. That being said, because of natural alexandrite’s tremendous value and rarity, it is recommended to be worn carefully or put in jewelry such as earrings or pendants that are less prone to impacts than rings, for example.

Alexandrite was first found in the Ural Mountains in Russia in the 1830s. When it was first discovered by a Finnish mineralogist, he mistook it for emerald because of how exceptional the green was in daylight. Named after the Russian prince Alexander II, the first stones discovered were of unmatched quality and had a dramatic color change. While alexandrite is still being mined today in Sri Lanka and Brazil, very few compare to the quality of those found in the Ural Mountains.

While alexandrite doesn’t have a several thousand-year-old history like ruby, it quickly took the world by storm. Its use in top-quality pieces by companies like Tiffany & Co. and Cartier brought it to the forefront of the high-end jewelry world where it has remained ever since. In its short history, alexandrite has set multiple records at auctions including a 21-carat gemstone selling for 1.49 million dollars which works out to over $70,000 per carat!

Alexandrite is said to bring luck, prosperity, and intellect to its wearer. Its changing colors remind us that life has its ups and downs, and so alexandrite is also connected with bringing a sense of balance and well-being.

Care and Cleaning of Alexandrite

Alexandrite should always be treated with care because of its value and rarity. While ultrasonic and steam cleaners are usually safe for alexandrite, warm soapy water and a soft-bristled brush are always the safest. With its innate durability and proper care a high-quality stone will last for generations.

Alexandrite is simply one of the most magnificent gemstones that exists. Its almost magical ability to change color has captivated our hearts and minds for generations.

Alexandrite is one of June’s birthstones (along with moonstone and pearl) making it a great gift for that special someone with a birthday in June. Alexandrite is perfect for someone who wants the best of the best with a rare twist.

One final note: while alexandrite in its natural form is expensive, its lab-created counterpart is very affordable. So no matter the occasion or budget, our gemologists will be able to find the right stone for you. Contact us today to get started.

Home »
Fine Jewelry U »
Gemstones »
Gem in the Spotlight: Alexandrite